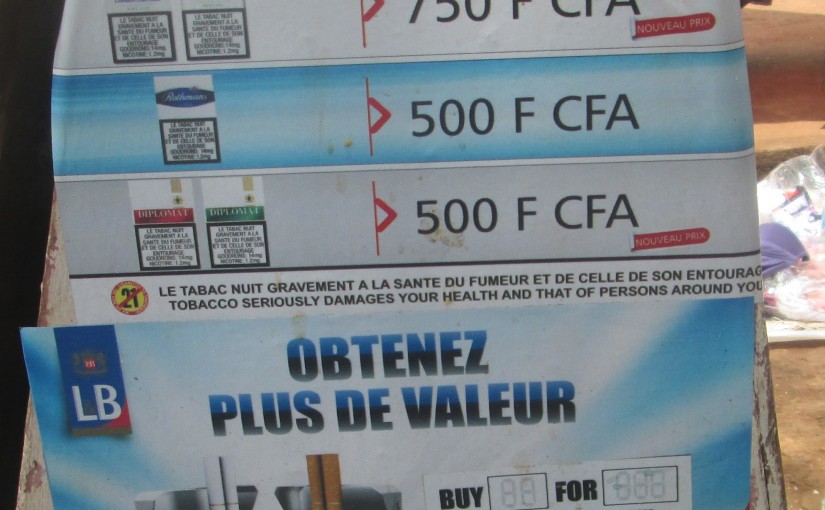 The 2019 Finance Law, which went into effect on January 1, provided for adjustments to the taxes on tobacco products.

According to the provisions of the said law, the specific tax introduced since 2015 and which was 3500 FCFA for 1000 stems of cigarettes has now been increased to 5000 FCFA per 1000 stems.

Since the beginning of March 2019, this readjustment has been observed through the increase in prices of tobacco products. So, the mark L&B goes from 25 to 50 FCFA per stick. Gold Seal and Aspen go from 3 sticks for 50 FCFA to 3 sticks for 100 FCFA. Benson & Hedges and Marlboro have a variety of fortunes. In some places the prices remain unchanged at 50 FCFA per stick. In other sales points, however, these same products cost 75 FCFA per stick.

The new prices of packets of cigarette are 1000 FCFA for Benson & Hedges, 750 FCFA for L&B and 500 FCFA for the Rotman and Diplomate brands.
A few weeks before the entry into force of these new prices, importers of tobacco products expressed their anger through a press article published on January 31, 2019. The article referred to the increase in the excise duties and the reaction of importers who argued that « if the specific excise duty is added, the customs duty by 30%, the cumulative VAT of 36%, IT fees and income taxes, imported cigarettes could be subject to almost 200% of duties and taxes combined. As such, a container of 1,000 cartons of cigarettes could amount to almost 73 million FCFA (taxes and customs duties). Importers who were against this probable increase instead brandished the threat of smuggling.

Following this reaction of importers who wanted to impede the implementation of this new tax measure, the Cameroonian Coalition for Tobacco Control sent a letter to the Minister of Finance on the issue urging him to better tighten up against this interference attempt by the industry and encouraged the government to increase taxes on tobacco products to reach the 70% threshold advocated for by WHO. 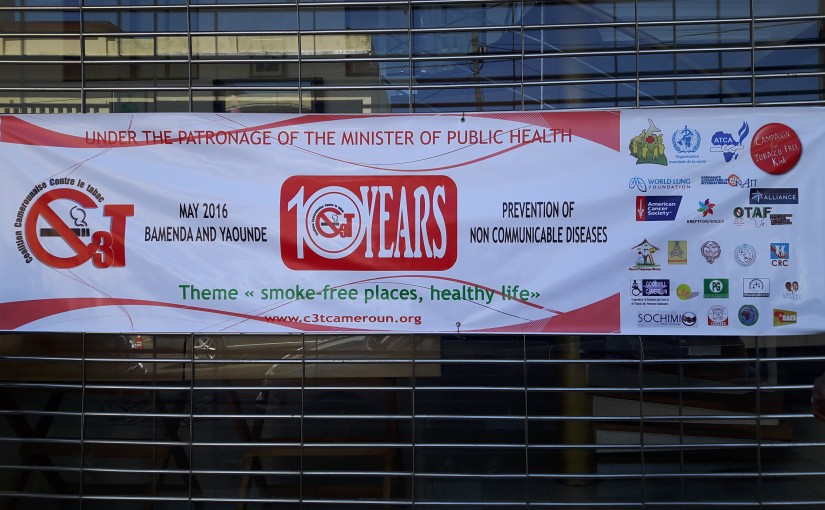 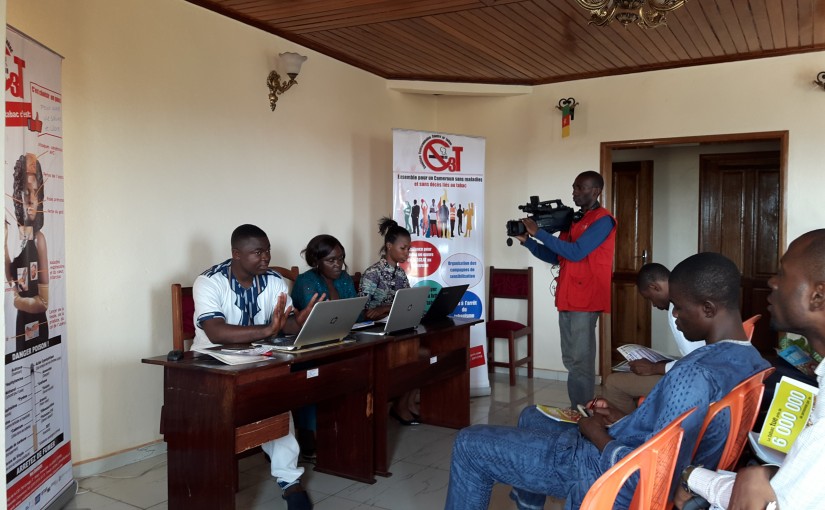