Home › to inquire › Smoking and Dependency › How does one become addicted to nicotine?

How does one become addicted to nicotine?

Researchers know little of tobacco dependence. One thing is certain: nicotine is involved in this mechanism. This molecule has a biological feature that allows it to bind to proteins on the surface of nerve cells, the nicotinic acetylcholine receptors. In the presence of nicotine, these receptors are actually channels open. If by then follows a cascade of events that lead to the release of a hormone, dopamine, in a specific region of the brain: the nucleus accumbens .As alcohol, cannabis, cocaine or heroin, Nicotine is a drug that stimulates the “reward circuit” and thus provides a feeling of satisfaction. Dopamine also do door for nothing pretty nickname pleasure hormone … Ongoing research suggests that it is not the only hormone in. Although advances in research in this field are considerable, tobacco addiction is still very mysterious.

Upon smoking cessation, the body “calls” his dose of nicotine to satisfy that feeling of well being: it is the lack. The dependence is explained by purely biological phenomena. However, we must not overlook the role of the environment around the smoker. Gestures and small habits associated with smoking are perceived by our brain like so many signals capable of causing an irrepressible urge to smoke.

It seems that genetic factors predispose to smoking. The first cigarette in some disgusts and attracts others. Scientists argue that such assumptions are not yet able to precisely quote as many genes involved. However, three major classes of genetic factors are recognized:
• Class 1: it relates to genes involved in the destruction of dopamine (and possibly other substances). As these molecules are degraded quickly after their release, the sooner we feel the lack.
• Class 2: These are the genes involved in the mechanism of action of nicotine and possibly other molecules contained in cigarette smoke.
• Class 3: All genes involved in sensitivity to smells, tastes, stress …

There are probably individuals at risk for tobacco dependence. The search for new sensations, so dear to some people could lead straight to cigarettes. Moreover, recent studies show that there are more smokers among people with a history of depression or anxiety disorders than in the general population. Experts now believe that the underlying factors of smoking could be the same as the cause of certain psychological disorders.

Addiction does not rhyme with nicotine

Experiments on animals using nicotine injection reproduce poorly on tobacco dependence phenomenon observed in smokers. Scientists are safe, nicotine is not the only compound in cigarette smoke induces dependency.

The dopamine pleasure hormone released into the blood under the influence of nicotine always ends up being degraded. But researchers have identified in cigarette smoke two substances harmane and norharmane, capable of blocking the charged molecules to degrade dopamine in the blood. If dopamine stays longer in the blood, the wellness sensation provided by the cigarette extends itself also. Nicotine thus acts synergistically with harmane and norharmane. Cigarette smoke contains more than 4,000 substances. How many other molecules involved in some way in the addictive process? The answer is probably not for now …

Many smokers have tried, only one day to quit smoking and failed … When, again motivated to start weaning, they are offered nicotine replacement therapy and they use them well ( with sufficient dosage), they double their chances of success.

Nicotine replacement give the smoker the brain a sufficient amount of nicotine to prevent withdrawal symptoms it so difficult to manage in the absence of treatment. Here, the nicotine diffuses gently from veins and without any of the 4000 chemical compounds in the smoke.

The smoker then feels good, calm contrast to what he feared. He quickly discovered many positive feelings.

Nicotine replacement exist in many forms, whether patches or oral forms: nicotine chewing gum, sublingual tablet or inhaler. The oral forms may be used alone or individual associated with the patch. Smokers Not All, which justifies the diversity of oral forms that are proposed.

A good accompaniment by the pharmacist (or doctor) and treatment taken sufficiently long (at least 3 months) will optimize the results of withdrawal. 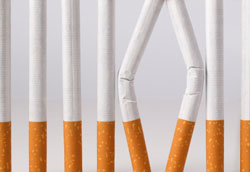 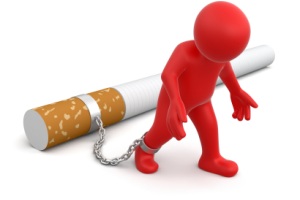 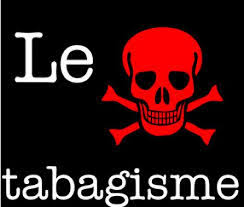 This kind of dependence is linked to social and convivial pressure. Indeed, some places and some people make...